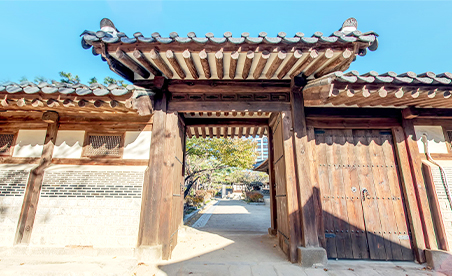 Unhyeongung, designated as Historic Site No. 257 of the City of Seoul, is located in Uni-dong, Jongno-gu, Seoul. This palace used to be a Jamjeo (a temporary place for the soon-to-be monarch to stay before taking the throne) of Gojong, 26th King of Joseon Dynasty, and was the house of Heungseon Daewongun. Unhyeongung retains its historical importance as a base for Heungseon Daewongun's political activities during the modern Korean era.

Here, Heungseongun, Lee Haeung played the role of de facto ruler and reformed the political system into a royal regime. Even after resigning from the political position of regent, he persisted in engaging in political influences here.

On December 9, 1863 when Heongseongun was promoted to Daewongun and his wife from the Min family received the title of Budaebuin, this private residence was given the name Unhyeongung.

A folk song told that Unhyeongung, where King Gojong lived until he turned 12, and which was a Gwansanggam site during King Cheoljong, had the feng-shui energy to create a king. After King Gojong came to power, Daewongun expanded Unhyeongung again. The name, Unhyeon originated from an uphill path located in front of Seoungwan, whose name was changed to Gwansanggam in the era of King Sejo. The name remained as a special name for that. That is, Ungwan, coming from Seoungwan and Unhyeon, the name of the uphill path in front of Ungwan, were used literally for this spot.

In that era, when Yeonguijeong (equivalent to today's prime minister), Kim Jwageun, Doseungji, Minchisang, and Gisakwan, Parkhaecheol and Kim Byeongik, whose mission was to deliver the royal order of the Queen Grandmother to Gojong, who was a successor of King Ikjong, visited this Jamjeo, they had the best sedan chair ceremony to show their respect to Gojong. The realistic description of Heoungseongun's dignified posture and his second son, Myeongbok's, innocent face tells that this place used to be Gojong's Jamjeo. After Japanese annexation of the Korean peninsula, Japan undertook a land investigation in 1912, confiscating and nationalizing the property of the royal family of the Daehan Empire. Minister Lee Wangjik was appointed to care for Unhyeonggun but the true owners of Irodang continued care-taking despite the legal ownership.

The ownership of Unhyeonggung was returned to the descendents of Daewongun in 1948 via U.S. Military official documentation. Afterwards, a legal dispute took place between the South Korean government and the Daewongun family regarding ownership but on September 21 of the same year, Icheong (1936-), the fifth generation of Daewongun, was named owner. In 1991, because of the difficulty of maintenance and management of this palace, Icheong sold ownership rights to the City of Seoul. In December 1993, the palace was renovated and the current palace was born. 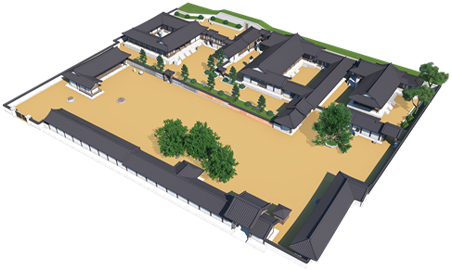 One month after Goyong became king (December 13, 1863), the Queen Grandmother ordered the construction of a new building and the extension of the existing Unhyeonggung. Nine months later (September 1864) Norakdong and Noandang were completed. The Queen Grandmother then ordered Hojo to send 10 seom of rice and 100 nyang (currency unit) every month and she also gave 17,830 nyang for the extension of Unhyeongung.

When Unhyeonggun was completed, Gojong accompanied the Queen Grandmother and the Queen Mother to participate in the completion ceremony. Gojong provided an opportunity for Confucian scholars and youth to take a special national examination and become a government official. 50 Confucian scholars and 497 young talents were appointed to celebrate the completion of Unhyeonggung.

The original location of Unhyeonggung, Heungseongun’s private house, was midway between Changdeokgung and Kyeongbokgung. Now, the current Unhyeonggung and Duksung Women’s University occupy this location. After extension of this palace, at its largest it had hundred meter long walls and four grandiose gates covering the area of Duksung Women’s University, the former TBC Broadcasting Station, the Japanese Cultural Center, Gyodong Elementary School and Samhwa Company.

The signature buildings of Unhyeonggung are Norakdang and Noandang, completed in the first November of Gojong (1864) and Irodang, completed six years later. While only one gate is left, there were once four gates in this palace.

Norakdang is the central building of Unhyeonggung. This building was used for family feasts or birthday parties. This building is as magnificent and grandiose as other palace buildings. Historically, King Gojong, who participated in the completion ceremony of Unjyeonggung, ordered Daejehak Kim Byeonghak to write a story about this building called 'Norakdanggi (老樂堂記).' Kim Byeonghak wrote that the distance between Norakdang and Heaven is only a few inches. Despite the exaggerated sentiment, the tale suggests that there was nothing to match the power of Heungseongun at the time.

Just how powerful was Daewongu and how is this shown via Unhyeonggung? On March 21, 1866, the third year of Gojong, the wedding between King Gojong and Queen Myeongseong was performed here. All preparations for the royal wedding took place in Norakdong. The royal wedding accommodated 1,641 secretaries and 700 horses, indicating the size of Unhyeongung at the time.

Noandang housed the exiled Daewongun. After his release from being kidnapped by the Qing Dynasty during Imogunran, a military coup, he was exiled or hidden here under Min’s, his daughter in-law’s, rule. He died in the small room located behind Noandang. Noandang is a typical Korean tile-roofed house. It has delicate, beautiful angled rafters. The ridge door of Noandang, discovered on May 27, 1994 during renovation, indicates the origin of the name of this building, along with the title and political position of Daewongun. According to this record, the title of Daewongu was “hapha”, the highest position after 'Jeonha (殿下)', referring to a king and his position, head of all government positions. The name Noandang came from the Confucian passage: 'Noja rests peacefully here'. This passage suggests how powerful Daewongu was when Norakdang and Noandang were built.

Another architectural feature that symbolizes the absolute power of Unhyeonggun is the four gates. The four gates of Unhyeonggung were called Jeongmun (the front gate), Humun (back gate), Kyeonggeunmun (one side gate), and Gonggeunmun (the other side gate). Currently, only Humun remains. Gyeonggeunmun, located between Changdeukgung and Unhyeonggung, was used for King Gojong to enter Unhyeonggung. When King Gojong became king at the age of twelve, Kyeonggeunmun and Gonggeunmun were built for this convenience, financed by the royal family. King Gojong gave Hojopanseo Lee Donyeong a promotion to compliment his efforts in construction. Gonggeunmun was a gate exclusively for Daewongun when he frequented the palace. Both Daewongun and Kyeonggeunnum were destroyed, with the foundations left at the site next to the Japanese Cultural Center. 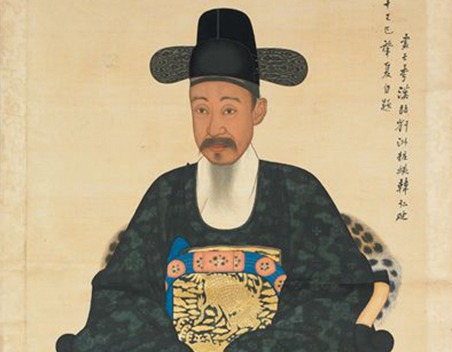 The political life of Daewongun and the ups and downs of Unhyeonggung are inseparably related. The historical value of Unhyeonggung can be interpreted in the same context of Korean’s modern history of Daewongun.
Before Daewongun came to power, Unhyeonggung was just a simple house, lacking the magnificence of royal dignity. For the first ten years of King Gojong, Daewongun’s son, rule, Daewongun’s power reached its peak and Unhyeonggun was transformed as a royal palace.

Along with Noandang and the four grandiose gates, another signature building of Unhyeonggung is Norakdang. King Kojong and the Queen Grandmother participated in the completion ceremony of this building. The wedding ceremony of King Gojong and Queen Myeongseong was held here.

After Daewongun lost power, Unhyeonggung also lost its grandiosity. During Daewongun’s incarceration in Qing Dynasty China after Imogunran, Unhyeonggun suffered from financial difficulty and was not maintained.

When Daewongun returned to power, Unhyeonggun also was revived. Daewongun came to power twice. The first period was for 33 days after Imogunran (July 23, 1882 to August, 26, 1882) and the second, for four months during the Donghak Revolution (July 23, 1894 to November 22, 1894). Although there are some disparities regarding the background and chance of Daewongun’s grasping political power, he received public support. From the beginning, he strove for transparency in his appointments and in governmental reform. He wanted to hire people regardless of their social position to embrace those who were dissatisfied.

During the Donghak Revolution, Daewongun maintained a close relationship with locals. While the Min government, Qing China and Japan defined the Donghak army as rebels, Daewongun viewed the event as a kind of social revolution. He predicted that the same kind of revolution would arise in Seoul. When he tried to regain power after getting rid of the Min government, he allied with Japan, who sought to reform the Joseon Dynasty government alone, which made possible his regaining of power. Public support was a large help when he planned to get rid of Japanese power after regaining political clout.

Saegukjeonkchae (closing the doors to the foreign powers), put in place for the 10 years of King Gojong‘s rule, caused Gojong to not be considered when Daewongun regained power. When Japan presented an unfair deal as a condition to end Imogunran and when the Qing Dynasty asked the Joseon government to back down from the incident, he displayed a strong but diplomatic attitude toward foreign policy. On one hand, he displayed a strong policy for war against Japan if Japan continued to make outrageous demands; on the other, he negotiated with the Qing Dynasty as he delayed the date of final decision despite lack of Qing mediation. His foreign policy was diplomatic outwardly but rigid inwardly. This foreign policy started to change in a practical direction as he regained power after the Donghak Revolution.

When the Qing-Japan War broke out, Daewongu, who had plans for getting rid of the Japanese army, had negotiated with the Qing Army stationed in Pyeongyang. This negotiation was beneficial to both sides because at that time Qing was at war and Joseon was being pressured about government reform. At the time, Japan was trying to build positive international opinion about its invasion and colonization of the Joseon Dynasty. With the Qing and Japan at war, Russia seemed ready to intervene in the Joseon issue. Daewongun first tried to contact Russia to negotiate and check Japanese power through Russia. Russia secretly mediated with China and Japan, suggesting tri-lateral cooperation to involve the Korean Peninsula. Despite no actual result, Daewongun tried to reach the United Kingdom and the United Stated diplomatically. The United Kingdom did not want the Sino-Japanese War to break out on the Korean peninsula and began involvement in the hidden mediation, which was to divide the Korean peninsula to be occupied by China and Japan. Daewongun tried to solve these issues through diplomatic relations with foreign powers but the corrupt government made it possible for the Joseon Government to receive international support. Knowing this, Daewongun tried to get rid of pro-Japanese power and establish a new government; because of the Lee Junyong treason incident, he eventually lost power.